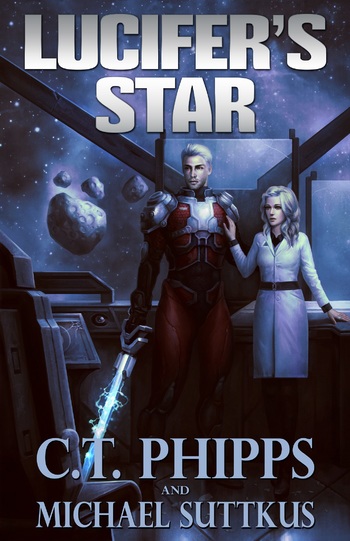 Cassius Mass was the greatest star pilot of the Crius Archduchy. He fought fiercely for his cause, only to watch his nation fall to the Commonwealth. It was only afterwards that he realized the side he'd been fighting for was the wrong one. Now a semi-functional navigator on an interstellar freight hauler, he tries to hide who he was and escape his past. Unfortunately, some things refuse to stay buried and he ends up conscripted by the very people who destroyed his homeland.

Cassius Mass also appeared in a Crisis Crossover event in The Tournament of Supervillainy by the same author.