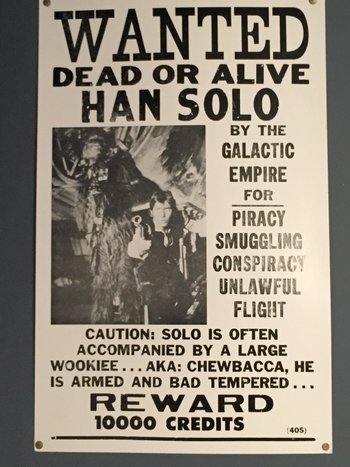 "If you're a famous smuggler, you're not doing it right."
—Davos Seaworth, Game of Thrones
Advertisement:

An often-romanticized character archetype found in many genres, portrayals of the smuggler can range from a Lovable Rogue Running the Blockade to subvert an oppressive government, to a slimy criminal profiteering off scarcity. Most fiction seems to agree, however, that it takes considerable guts to repeatedly risk the wrath of both the authorities (if you get caught with illegal cargo) and the clients (if you lose said cargo).