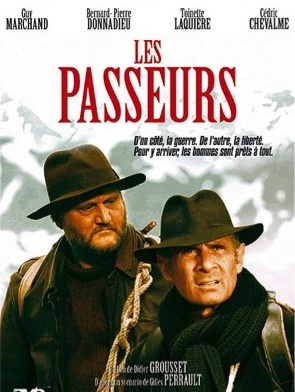 During World War II, Bernard Anthonioz (Marchand) and Maurice Nicod (Donnadieu), two French mountain men living in the Jura massif, specialize in smuggling people and goods to neutral Switzerland. The two men hate each other with a passion out of an old families feud and have opposite philosophies. On one side, Anthonioz smuggles people who are threatened by either the German occupiers or the Milice of Vichy France (resistants, Jews, communists, homosexuals, downed Allied pilots and the like). On the other side, Nicod smuggles goods and only goods, usually stuff that his clients don't want the Germans or the Milice to get their hands on, such as works of art or gold bars.

Things get complicated when Séverine, Bernard's daughter, and François, Maurice's son, fall in love, and when the smuggling networks attract the attention of both the Milice and German occupiers.