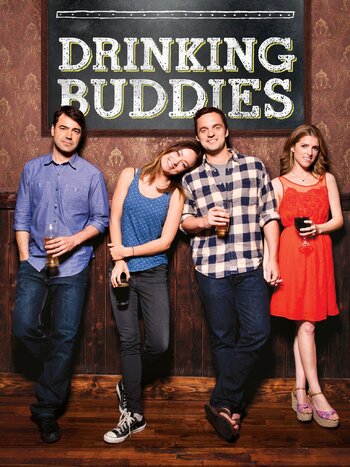 Luke (Jake Johnson) is dating Jill (Anna Kendrick). His best friend and coworker Kate (Olivia Wilde) is dating Chris (Ron Livingston). The movie goes on to explore the difficulties of being friends with someone you may have feelings for. Unlike your usual Romantic Comedy, the movie highlights the difficulties an existing relationship faces rather than the challenges of beginning a new relationship.