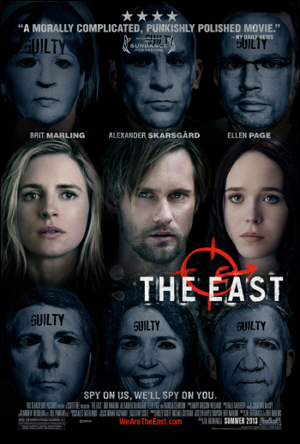 "Lie to us, we'll lie to you. Poison us, we'll poison you."
Advertisement:

Sarah Moss (Brit Marling) is an operative working for a private intelligence firm who is assigned to infiltrate an anarchist collective named The East, known for carrying out covert attacks on major corporations. Living among them in an effort to get closer to their members, Sarah finds herself unexpectedly torn between two worlds as she starts to fall in love with the group’s charismatic unofficial leader.