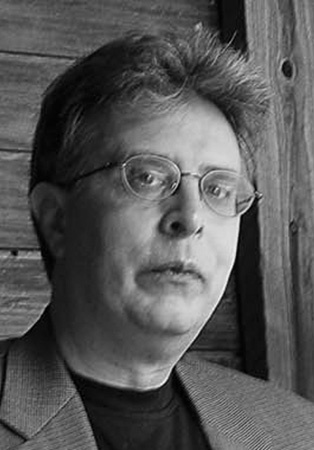 "... I've conceived of stories that were just too disturbing for me to write. If you can write something, then it's only so disturbing. Anything truly disturbing can't even be written. Even if it could, no one could stand to read it. And writing is essentially a means of entertainment for both the writer and the reader. I don't care who the writer is—literature is entertainment or it is nothing."
— Thomas Ligotti, in an interview with Neddal Ayad

Thomas Ligotti (born July 9, 1953) is a supernatural horror writer. He has been nominated for and won awards for his short stories and poetry on numerous occasions. Due to having been afflicted with agoraphobia, panic-anxiety disorder, and severe bipolar disorder, Ligotti is unable to meet directly with fans or conduct face-to-face interviews. He also has a steadfast dedication to the small press, with some of his collections only being produced in editions of under a thousand. (For a particularly extreme example, look here

. And yes, the webmaster has a copy.) Most of his works were later released in trade paperback, which have recently been re-printed by Mythos Books. Copies of Ligotti's most recent fiction (My Work is Not Yet Done and Teatro Grottesco) and a retrospective (The Shadow At The Bottom Of The World) are now available in major chain stores, while older collections are gradually being reissued in revised form.

Ligotti has also had a long-standing friendship with David Tibet of the English experimental music outfit Current 93, and has collaborated with them on the following albums:

Also, he created on his own EP titled The Unholy City, which is Ligotti reciting a cycle of poems over borderline minimalistic musical accompaniment.

Works by Thomas Ligotti with their own pages include:

Other works by Thomas Ligotti contain examples of: