Literature / My Work is Not Yet Done 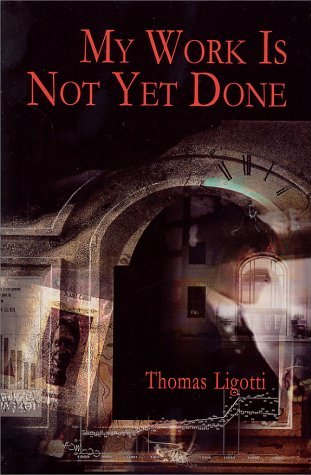 "I wanted to do things to Richard that would make the sun grow cold with horror."
Advertisement:

Frank Dominio, a mid-rank supervisor for the company New Product, comes up with what he believes to be a fantastic idea for a, uh, new product. But when he brings it up in one of his weekly meetings with his higher-ups The Seven, they quickly set about arranging his demotion. Swearing revenge, Frank suddenly finds himself in the possession of horrific supernatural powers, and wastes no time in using them. After all, the newly-christened Domino's work is not yet done.

A novella from the twisted mind of Thomas Ligotti, published in 2002 and noted for being different from his other works by (mostly) diverging from the Cosmic Horror Story and focusing on a tale of supernatural revenge.

My Work Is Not Yet Done features examples of: