Literature / The Secrets of Supervillainy 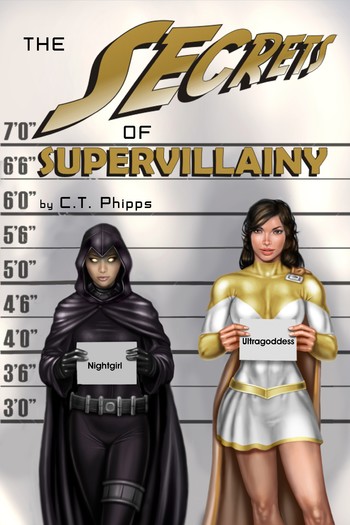 Bad is the new good.
Advertisement:

The Secrets of Supervillainy is the third book in The Supervillainy Saga series by C.T. Phipps. The series is published by Jim Bernheimer, author of Confessions of a D-List Supervillain.

Merciless, the Supervillain without Mercy (TM) is back with even bigger problems! How far will he go to fix his wife's current state of being a soulless vampire? Can he ignore his growing feelings for Cindy, despite their difference over the new Star Wars movie? Can he survive the wrath of the President of the United States (who he accidentally stole billions from)?

While he ponders those personal issues, Death has a new mission for him. The greatest hero on Earth has killed and she isn't pleased. Death wants the murder solved and the perpetrator given the kind of justice only the Avatar of Death can dish out. Unfortunately for Gary, that's only the tip of the psychotic iceberg.