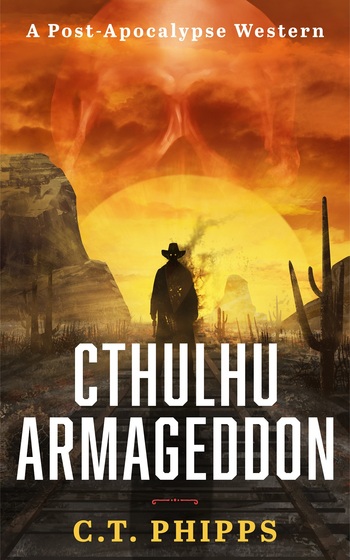 The Weird Weird West
“Under an alien sky where gods of eldritch matter rule, the only truth is revenge.”
Advertisement:

It is one hundred years after the rise of the Old Ones. Earth has became a giant desert filled with unspeakable monsters and pockets of human survivors (along with Deep Ones, ghouls, and other “talking” monsters). John Henry Booth is a ranger of one of the largest remaining city-states when he’s exiled for his group’s massacre and suspicion he’s “tainted.” Escaping with a doctor who killed her husband, John travels across the Earth’s blasted alien ruins to seek the life of the man who killed his friends.

open/close all folders
Tropes in the series
The Book