Literature / The Science of Supervillainy 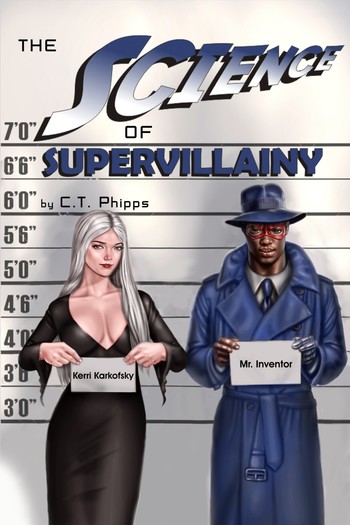 Can Gary save the city from himself?
Advertisement:

Having discovered the world's greatest superhero slain by his doppelganger from another reality, Merciful: The Supervillain with Mercy (TM), and the arrogant President Omega, Gary dedicates himself to overthrowing both. Unfortunately, this is harder than it looks since Merciful has all of Gary's genre savviness while President Omega has the entire brainwashed United States military behind him. In the end, though, there can be only one ruler of the world and two of these three feuding villains will have to go.