Literature / The Future of Supervillainy 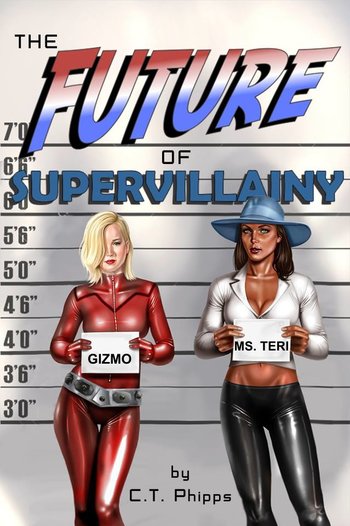 Gary Karkofsky has retired from supervillainy following the events of The Tournament of Supervillainy. Suffering immense guilt, a special task force assembled by the U.S. Government to take him down results in him returning to his evil(ish) ways. No sooner does he make this decision then he is approached by a young heroine who wants Gary to journey to the Hollow Earth in order to rescue it from P.H.A.N.T.O.M.

The quest to liberate the Hollow Earth from Those Wacky Nazis becomes personal when Gary discovers that his niece, Lisa, is among a group of superheroes that have already tried and failed to stop the fascist invaders. Gary journeys with a new group of heroes to rescue her while preparing to face his worst enemy.

The book has guest appearances from the author's Cthulhu Armageddon series as well as his Agent G and The Bright Falls Mysteries.