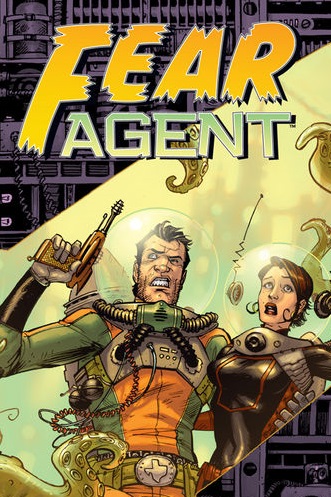 Launched in October 2005 by Image Comics, and subsequently published by Dark Horse Comics, Fear Agent was created by Rick Remender, who believes that "science-fiction has lost its stones". Fear Agent follows the adventures of Heath Huston, a rugged, alcoholic Texan space badass who is the last of the Fear Agents, a task force dedicated to eradicating alien threats to their home planet of Earth. After the death of the other Agents in an at first undescribed event, Heath spends his time as an alien exterminator traveling to distant locales, getting rid of pests for a price. During one such pest removal, Heath stumbles upon an alien plot to annihilate the last of Earth's already mostly destroyed and displaced human population.

Picked up in 2020 by Amazon to be adapted as a streaming series.