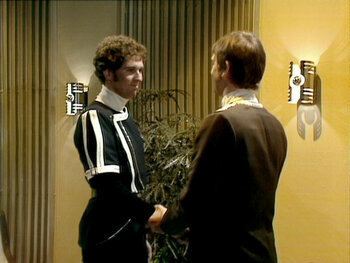 The United Planets of Teal and the Vandor Confederacy wage ritual war in a Combat by Champion. When Tarrant's twin brother is killed during the latest combat game, he decides to take on the killer.