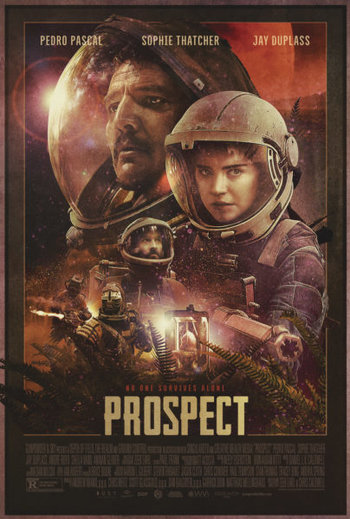 The story follows a teen girl, Cee (Thatcher), living on a space ship who joins her father, Damon (Duplass), on a prospecting venture to a verdant but inhospitable moon in search of precious gemstones. Cee and her father are on a tight clock to find the rumored Queen's Lair mother lode and return to their ship in time for extraction. Along the way, they encounter a smooth-talking prospector, Ezra (Pascal), and learn that they aren't the only ones seeking a fast fortune and a secure ride home.

Based on a short film of the same name, the film premiered at the 2018 South by Southwest film festival. Reviews were positive, and Regal Cinema gave it a limited run in theaters in November 2018. Lucasfilm executives privately screened it, then approved the casting of Pascal and Thatcher for Star Wars TV shows.