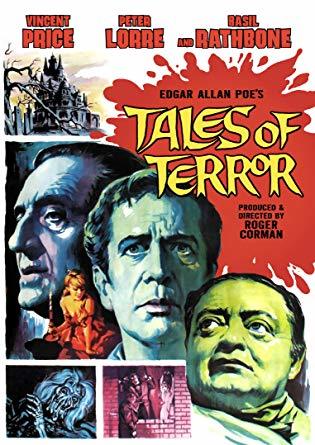 Tales of Terror is a 1962 American International Pictures horror film, shot in color and Panavision, that was produced by Samuel Z. Arkoff, James H. Nicholson, and Roger Corman, who also directed. The screenplay was written by Richard Matheson, and the film stars Vincent Price, Peter Lorre, and Basil Rathbone. It is the fourth in the so-called Corman-Poe cycle of eight films largely featuring adaptations of Edgar Allan Poe stories directed by Corman for AIP.

The film uses an anthology format, presenting three short sequences based on the following Poe tales: "Morella", "The Black Cat" (which is combined with another Poe tale, "The Cask of Amontillado"), and "The Facts in the Case of M. Valdemar". Each sequence is introduced via voiceover narration by Vincent Price, who also appears in all three narratives.

Tropes used in Tales of Terror include: