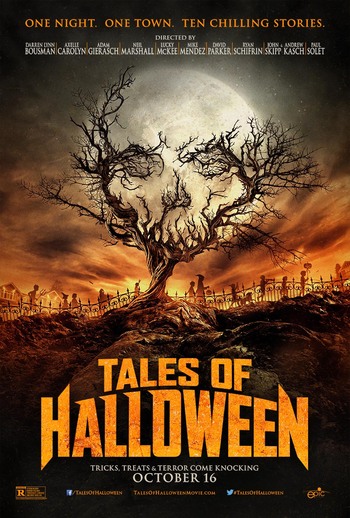 Tales of Halloween is a 2015 American Horror Comedy Anthology Film. It features ten interlocking stories, all taking place in one neighborhood on All Hallows' Eve, punctuated with commentary from a radio show host (Adrienne Barbeau).