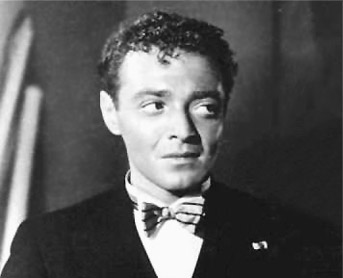 Born to a Jewish family in what is now northern Slovakia and raised in Vienna, Lorre began his acting career at age seventeen. He first found success onstage, working with the acclaimed German playwright Bertolt Brecht. His breakout role in film came in 1931, when Fritz Lang cast him as a child killer in M. Against all odds Lorre made the character quite sympathetic (if not admirable), and the first of many sad monsters he would play throughout his career. Lorre appeared in several more German movies, mostly comedies, before fleeing Germany after Adolf Hitler took power in 1933.

Lorre initially relocated to Paris, then London. He faked his way through an interview with Alfred Hitchcock by watching him closely, and laughing hysterically whenever he thought that Hitch had told the punchline of a joke, as Peter didn't speak English yet. He was then cast in The Man Who Knew Too Much, and learned his part phonetically. Lorre soon moved to Hollywood, where despite his initially limited English, he became widely respected for both his talent and playful sense of humor.

Throughout his career, Lorre battled typecasting. Hollywood predictably wanted him to play villains and varying shades of The Woobie, epitomized not only by Lorre's best-known films like The Maltese Falcon and Casablanca but also many lesser works. Lorre especially disliked his association with horror movies; he appreciated Psychological Horror such as by Edgar Allan Poe greatly, but those weren't the works being brought to the screen. Horror that relied on scary makeup and shock value was something he objected to. That said, Lorre did have a sense of humor about his typecasting: he once quipped that "with occasional interruptions, I've been killing my way through life." Filming Disney's 20,000 Leagues Under the Sea, Lorre expressed surprise that a mechanical squid played the role usually reserved for him!

Lorre did, however, get to play heroic roles in the Mr. Moto films, Passage to Marseille and 20,000 Leagues Under the Sea, comedic characters in Arsenic and Old Lace and Silk Stockings, even a romantic lead in Three Strangers. In 1951 he made his only directorial effort, Der Verlorene or The Lost One, produced in West Germany. Though Lorre's performance (as a guilt-ridden Nazi scientist) received acclaim, the film drew mixed reviews and flopped at the box office.

Sadly, Lorre spent much of his life battling a morphine addiction, which he never kicked despite repeated attempts to quit. In the late '50s he gained a huge amount of weight and suffered a massive decline in health. Onscreen, Lorre was reduced to television appearances and self-lampooning roles in B movies, though his collaborations with Roger Corman and Vincent Price on Tales of Terror and The Raven became well-regarded. He died of a stroke in 1964.

He was married three times. His first wife, and lifelong best friend, was Celia Lovsky, a classically trained actress who is probably best remembered as T'Pau in the Star Trek: The Original Series episode "Amok Time". She had worked with Fritz Lang on several projects, and brought Lorre to Lang's attention for M.

He was close friends with his occasional costar Vincent Price, who read the eulogy at his funeral.note It was long claimed that the two attended the funeral of fellow horror icon Bela Lugosi, where Lorre asked Price if they should "drive a stake through [Lugosi]'s heart just to be safe," but this turned out to be false. He also counseled Humphrey Bogart to marry Lauren Bacall despite their age difference, telling him "five good years are better than none!"

The speech pattern of Ren C. Hoek from The Ren & Stimpy Show is a Shout-Out to Lorre, as is The Firesign Theatre's Rocky Rococo, likewise Agent X Two Zero in Gerry Anderson's Stingray (1964), the Genie briefly impersonates him when he transforms into a zombie in Aladdin, and Looney Tunes has referenced Lorre and his roles too many times to count. The Woody Allen Gag Dub spy movie What's Up, Tiger Lily? gives a Lorre voice to a villain, who at one point complains that "this Peter Lorre impression is keeeeling my throat!" Spike Jones's spoof version of the song "My Old Flame" features a vocal parody that Jones wanted to call "Peter Gory" until the record company vetoed the idea. The ghostly mascot for Boo Berry cereal was based on Lorre. The Quest for Glory series of computer games has Ugarte, Lorre's character in Casablanca, as a minor recurring character alongside Sydney Greenstreet's Signor Ferrari. Lorre's life and career are the subject of Addicted to Bad Ideas, a musical by The World/Inferno Friendship Society. Al Stewart mentions him in the first verse of "Year of the Cat." Lastly, Tom Smith has a song dedicated to him called "I Want to Be Peter Lorre". A parody of him is also a recurring character in The Patrick Star Show.

In Kim Newman's Drachenfels, an eerie actor cast to play the eponymous villain is named... Laszlo Lowenstein. Lorre himself appears as a character in Newman's Diogenes Club story "Seven Stars: The Trouble With Barrymore".