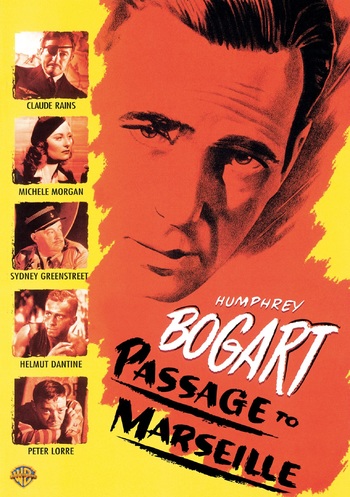 In 1942, journalist Manning (Loder) arrives at an English air base to learn about the Free French who are fighting the Germans. Manning's interest focuses on Jean Matrac (Bogart), a gunner, and Captain Freycinet (Rains) describes Matrac's story: Two years earlier, just before the defeat of France by the Germans, five convicts, led by Matrac, escaped from the prison colony of French Guiana and are found adrift in a small canoe in the Caribbean Sea. When they find out about the situation of the war, they decide to join the forces against the Nazis.