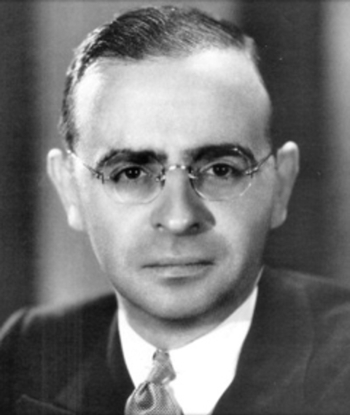 Maximilian Raoul Steiner (May 10, 1888 – December 28, 1971) was born in Vienna. The grandson and namesake of the musical impresario Maximilian Steiner (who discovered Strauss and first brought Offenbach to Vienna), by the age of 16 he was already conducting, composing, and continuing his studies under Gustav Mahler. With the outbreak of World War I, Steiner emigrated to America, where he kept busy with Broadway musicals and operettas.

One of Steiner's most beneficial American jobs was to compose the music to be conducted during screenings of the silent film The Bondman (1915); he became a friend of William Fox, the film's producer, giving him early entree into the Hollywood that would so gainfully employ him in later years. It was at RKO Pictures that Steiner developed his style of writing scores for films. Adapting the concept developed by Richard Wagner, Steiner composed music that became part of the dramatic content of the film, not just a background filler. His films Symphony of Six Million, King Kong (1933), and The Informer were examples of the leitmotif style of music he became so very famous for. While his critics referred to this style of music as "Mickey Mousing", the producers and directors loved Steiner's work, recognizing his ability to make a good film better and a great film superb. Shortly after being let go by RKO, he was hired by David O Selznick to begin work on the classic Gone with the Wind. From there he was hired by Warner Bros. where he remained for the majority of his working days. One of his first assignments was the score for the film Tovarich... part of which became the studio's famous fanfare introduction to their films.note  Interestingly enough, the Warner Bros. Vanity Plate to this day will either use this fanfare or an instrumental excerpt from "As Time Goes By", which was included in the score for Casablanca, composed by... Max Steiner. SO—either way, ladies and gentlemen, Max Steiner is the man responsible for the Warner Bros. "sound".

Steiner composed the scores for over 250 films during his career. He received 26 Academy Award nominations, taking home three.

After many years of suffering from cancer and failing eyesight, Max Steiner passed away in Hollywood on December 28, 1971.

Notable Scores By Max Steiner Include: