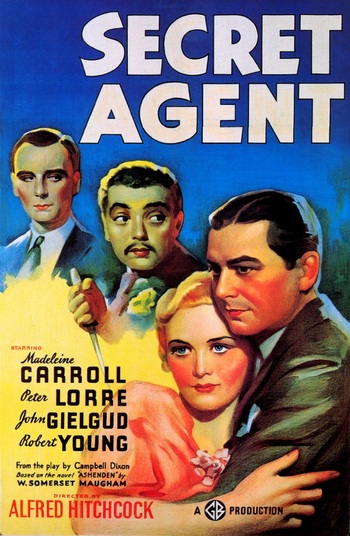 During World War I, British Captain and novelist Edgar Brodie (Gielgud) returns home on leave, only to discover his obituary in the newspaper. He is eventually contacted and asked to undertake a secret mission: to identify and eliminate a German agent on his way to Arabia to stir up trouble in the Middle East. Upon agreeing, Brodie is given a new identity, "Richard Ashenden", and the assistance of a killer (Lorre). When "Ashenden" arrives at his destination, he is surprised to find that he has also been provided with an attractive wife, Elsa Carrington (Carroll).

The film is loosely based on two of W. Somerset Maugham's Ashenden spy stories, "The Traitor" and "The Hairless Mexican".