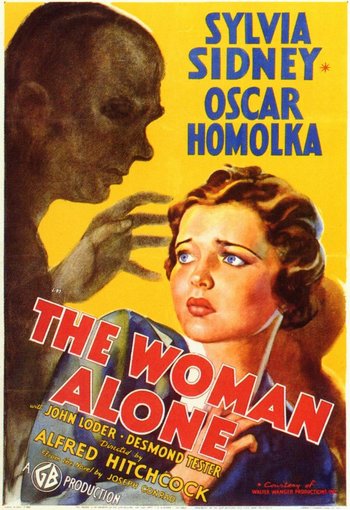 Mrs. Verloc (Sidney) and her husband Karl (Homolka) own a London cinema called the Bijou. Karl secretly works for a terrorist group on the side. Ted Spencer (Loder), the friendly employee of a produce market next to the Bijou, is actually an undercover detective for Scotland Yard, and has been tracking Karl's movements. Spencer has a chance to foil a bombing plot by the terrorists, but complications arise when the detective's cover is blown, and when Stevie (Desmond Tester), the young brother of Mrs. Verloc, gets mixed up in the plot.