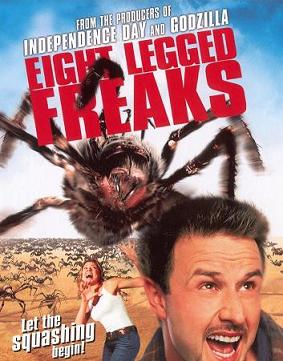 The plot concerns a collection of spiders that are exposed to toxic waste, causing them to grow to gigantic proportions. It's set in an Arizona nowhere town called "Prosperity" - which just happens to have a mall, just so survivors can battle spiders with improvised weapons. There are mine shafts for that Survival Horror feel. There's even a scene where jumping spiders chase dirt bikers. Get some popcorn and watch spiders gobble bystanders and get squished by the heroes! Narm Charm!

Yeah. It's a 50s monster movie made with 21st century visual effects, and it's exactly what you're expecting.