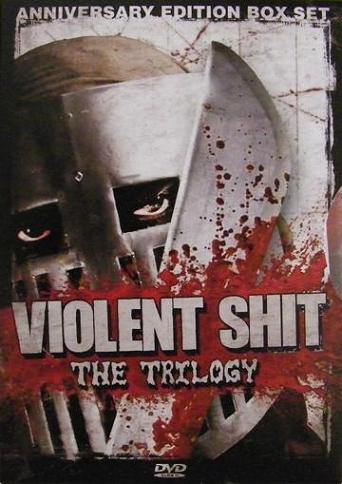 Three Violent Shits in one convenient package.
"Prepare for the worst!"
Advertisement:

Violent Shit is an ultra low-budget Slasher Movie directed by Andreas Schnaas in 1987, and released on video two years later. It was immediately banned in West Germany due to its graphic violence.

It follows the story of a young man named Karl "The Butcher Shitter" Berger who goes on a heinous killing spree. It was followed by three sequels featuring Karl's son, Karl Jr., entitled Mother Hold My Hand, Infantry of Doom and Karl the Butcher vs. Axe.