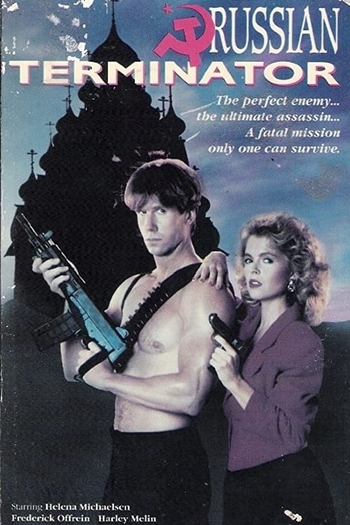 "You have a problem, you're gonna die!"

Russian Terminator also known as The Russian Ninja is a 1989 action movie by Swedish cheese-master Mats Helge Olsson. He called it the official sequel to The Ninja Mission which really doesn't say much, since he gave that title to every film he made, in a vain attempt at duplicating his earlier "success".

The "plot" such as it is, is your standard Mats Helge fare. Someplace, somewhere, there is a super important thing. The bad guys want the thing, but the good guys also want the thing, so they'll have to shoot/punch each other.

Was reviewed by RedLetterMedia on their Best of the Worst show.