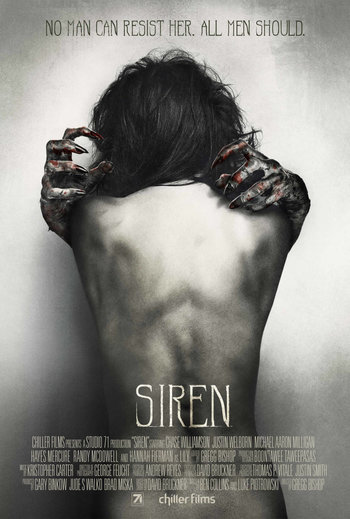 Siren is a 2016 horror film directed by Gregg Bishop. It's a feature-length adaptation of Amateur Night, a segment from the anthology film V/H/S, which was originally directed by David Bruckner.

One week before his wedding, Jonah, along with his groomsmen, hits the road for his Stag Party. Ending up in a dull, Family Friendly Strip Club, Jonah and his friends are instead invited to a private club on the edge of town. Once there, the group are increasingly unnerved by the weird and downright creepy things on display... and then Lily escapes.