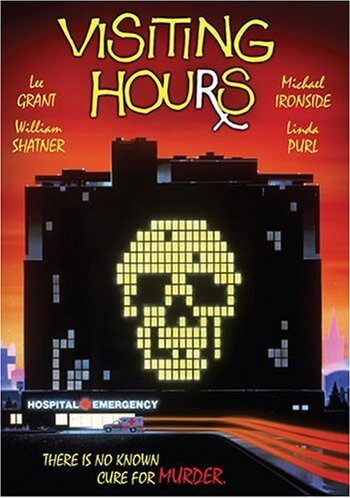 Nor for cheesy taglines.
"There is no known cure.....for MURDER."
"So frightening you'll never recover."
— Taglines
Advertisement:

Deborah Ballin (Grant) is a journalist who has set out to prove that a woman accused of killing her husband is actually a case of self-defense, citing her husband's history of domestic abuse. A television program about this case catches the eye of woman-hating psycho Colt Hawker (Ironside), who decides to make Deborah his next victim.

Colt attacks Deborah inside her home, but she eludes him and survives. Wounded severely by Colt's assault, she is taken to a hospital to recover. Colt is still determined to finish the job and is planning to pay her a visit...