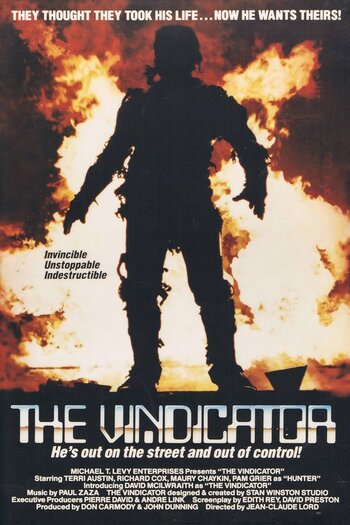 The Vindicator (also known as Frankenstein '88) is a 1986 Canadian sci-fi/horror film directed by Jean-Claude Lord, starring David McIlwraith, Teri Austin, Richard Cox, Pam Grier, Maury Chaykin, and Catherine Disher. The visual effects were provided by Stan Winston. The story is a modern-day take on that of Frankenstein, centering on a man named Carl Lehman (McIlwraith) who is killed in a suspicious "laboratory accident" and revived as a cyborg as part of an experiment.