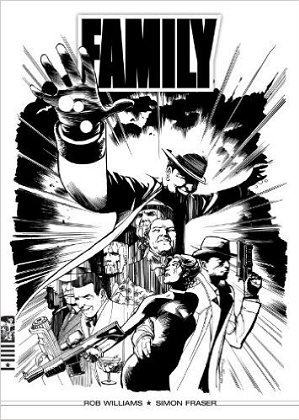 Odysseus City is a Vice City metropolis run by The Mafia... who have superpowers bestowed on them by their Sicilian bloodline. Various members of the 'Family' can do things like turn to stone or metal, produce BFGs out of nowhere, shoot electricity, or create explosive blasts. Then a man from the Family's past returns to Odysseus City to get payback.