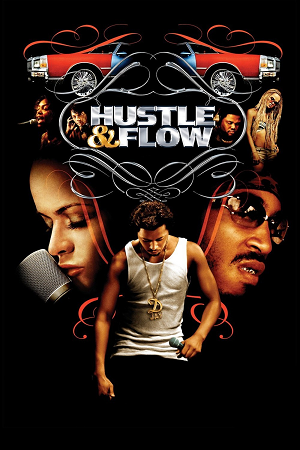 Hustle & Flow is a 2005 drama written and directed by Craig Brewer and starring Terrence Howard. It tells the story of a small-time hustler, DJay, who yearns to express himself artistically and pull himself out of the ghetto.

It won an Academy Award for Three 6 Mafia's theme song "It's Hard out Here for a Pimp".