Film / Nanook of the North 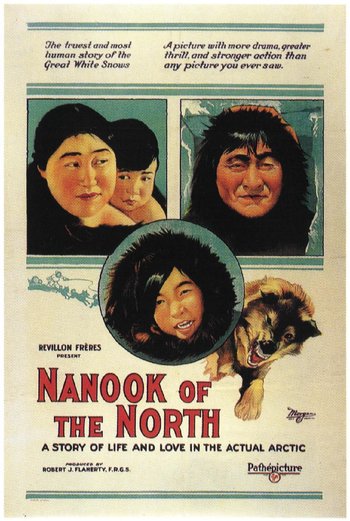 Nanook of the North is a 1922 documentary film directed and shot by Robert Flaherty.

Flaherty's film is the portrait of the life of Nanook, an Inuk living on the northeast shore of Hudson Bay. The film depicts Nanook visiting a trading post, building an igloo, snagging fish through holes in the ice, and hunting for walrus and seal. We also see his home life with his children and two wives.

Nanook of the North was a surprise hit in 1922. It is today regarded as the Trope Maker of the documentary feature film—although it isn't really a documentary. It was one of the first 25 films placed on the National Film Registry in 1989.