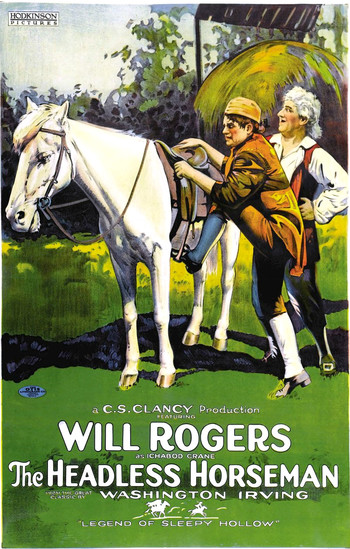 The Headless Horseman is a 1922 silent film based on The Legend of Sleepy Hollow by Washington Irving. It stars Will Rogers as Ichabod Crane.

The film was really shot in the Hudson River Valley around Tarrytown, which is where it's meant to take place.