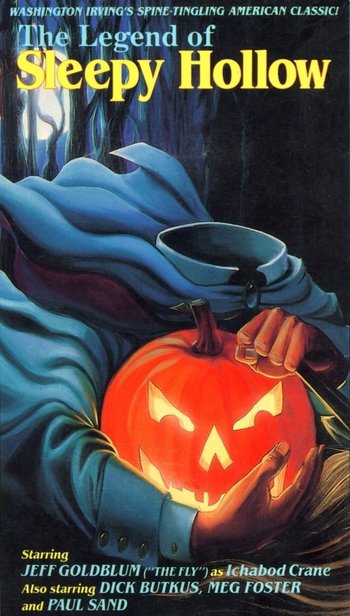 The Legend of Sleepy Hollow is a Made-for-TV Movie based on the story of the same name by Washington Irving. Jeff Goldblum plays Ichabod Crane while Meg Foster plays Katrina Van Tassel. The film was originally aired by NBC on Halloween, 1980 as part of the Classics Illustrated series.