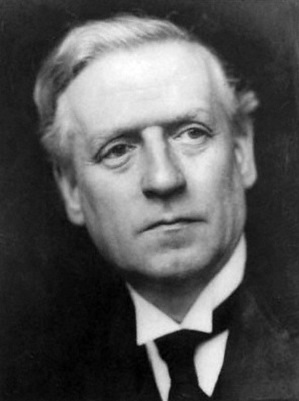 Herbert Henry "H. H." Asquith, 1st Earl of Oxford and Asquith, KG, PC, KC (12 September 1852 – 15 February 1928) served as the Liberal Prime Minister of the United Kingdom from 1908 to 1916. Until 5 January 1988, he was the longest continuously serving prime minister in the 20th century.note 5 January 1988 was the day on which his record was surpassed by Margaret Thatcher. Winston Churchill served longer, however, in two non-consecutive terms in office. Asquith's time as PM was interesting to say the least.

The first was over Home Rule in Ireland, an issue which the Catholics favoured and the Protestants strongly opposed. Home Rule was halted in its tracks by the war.

The second was the 1909 (to 1910) Budget Crisis. A rather redistributive budget was vetoed by the House of Lords, sparking a constitutional crisis. Following two elections in the space of a year (which only succeeded in making the Liberals a minority government reliant on Labour and Irish support) a deal was reached in which the House of Lords lost its powers over the Budget and could only delay legislation by two years in a piece of legislation called the 1911 Parliament Act. This was later reduced to one in 1949 and the later Salisbury convention (the Lords doesn't block manifesto commitments) followed.

His time is also notable for the suffragette movement reaching its peak. Many of them employed rather militant tactics, like bombing buildings and attacking the police. When they went on hunger strikes in jail, he passed what is commonly referred to as the Cat and Mouse Act - basically, when they were on the verge of dying, the police would release them from prison and then arrest them again once they reached full health. Some were imprisoned more than a dozen times a year. One suffragette threw an axe at him. While they stopped being so forceful once war with Germany broke out, in the years before 1914 it was practically an all-out war.

Asquith was eventually forced out in 1916 and replaced by David Lloyd George. He remained as leader of the Liberal Party, however — Lloyd George and a splinter faction of the Liberals formed a coalition government with the Conservatives and some Labour MPs — and Asquith's faction suffered major losses at the post-war general election. He still hung on as party leader, and the Liberals slowly regained strength over the next few years, but a dreadful performance at the 1924 election saw Asquith lose his own seat, and two years later he was forced to call it quits. Some blame Asquith to this day for destroying the Liberals as a serious contender for government, though in fairness the real damage didn't come until 1931, when a major portion of their MPs jumped ship and all-but-defected to the Tories in forming the National Government.

He's the great-grandfather of Helena Bonham-Carter.

Known for being perpetually drunk, especially whilst giving speeches, which apparently was no great impediment to his political career. Inevitably, and punnily, nicknamed "Squiffy".