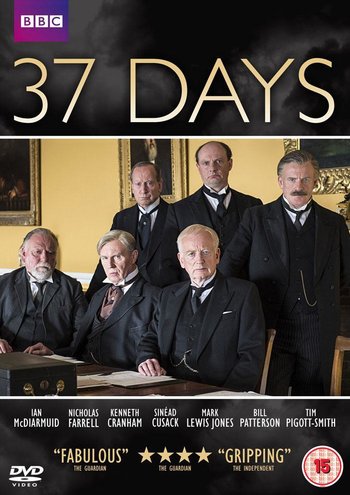 37 Days is a three-part BBC mini-series starring Ian McDiarmid, first broadcast on BBC Two on 6 March 2014 as part of the World War I centenary commemorations. The series covers the weeks between the assassination of Archduke Franz Ferdinand on 18 June 1914 to the British declaration of war on Germany on 4 August that year, with a focus on the inner workings of the British and German governments during that period.

Despite the dedication to historical accuracy and the aim of educating the public about the events leading to war, the series is more of a character study than a straight historical docudrama, with a primary focus on the motivations, flaws and misjudgments of the various men who led Europe into war in the summer of 1914.

The three episodes are:

Kaiser: Why?! Do the trains not have brakes!?