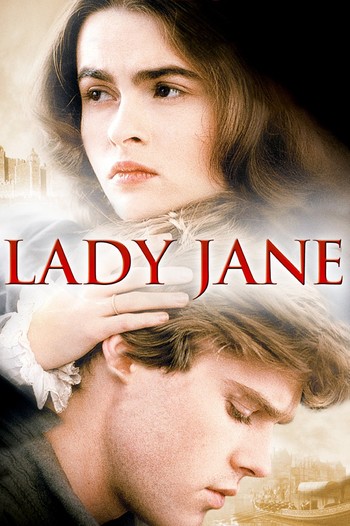 Lady Jane is a 1986 film directed by Trevor Nunn.

It's a biopic of Lady Jane Grey

(1537-1554), famously Queen of England for nine days before she was overthrown and eventually executed. The film opens with Lady Jane (Helena Bonham Carter, in her first starring role) as a teenaged girl living in the gilded cage that is the British aristocracy. She seems to be fond of another teenager, King Edward VI, and and if things had worked out differently they might have been married. But as it happens, King Edward is sick. In fact, he's dying.

This presents a big problem to John Dudley, Lord President of the Council and the man running the country in Edward VI's minority. Not only will Dudley certainly lose power, as a Protestant he might well lose his life as the presumptive heir to the throne, Princess Mary, is Catholic. So in an effort to maintain his grip on the throne, he forces Lady Jane to marry his dissolute son Guilford (Cary Elwes). Jane and Guilford initially loathe each other, but their marriage soon turns into a love match.

Their blissful happiness is interrupted when King Edward VI finally does kick the bucket. That's when the second part of Dudley's plan comes into play. He produces a document that he badgered King Edward into signing, a document which bypassed Edward's sisters Mary and Elizabeth, in favor of Edward's cousin and great-granddaughter of Henry VII...Lady Jane Grey. Lady Jane, only sixteen, is completely shocked when she is crowned Queen of England.

Patrick Stewart plays Jane's father, Henry Grey the Duke of Suffolk, who cooperates with Dudley to bully his daughter into marriage and place her on the throne.