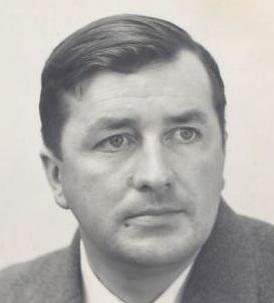 Born in Sale, Cheshire, Bolt served in the RAF during World War II and spent his early years teaching English and history in Manchester. He spent the '50s writing radio plays for the BBC, before moving to the stage. His early works, The Last of the Wine and The Critic and the Heart, received modest acclaim, but his breakthrough came with 1958's Flowering Cherry, which ran on London's West End starring Ralph Richardson and Celia Johnson.

In 1960, Bolt had the unique honor of two plays running simultaneously on the West End. One was the anti-nuclear drama The Tiger and the Horse, starring Vanessa Redgrave and her father, Michael Redgrave; the other was A Man for All Seasons, his classic play about Thomas More featuring Paul Scofield. Ironically, Tiger (which is barely remembered today) was a much bigger hit at the time, due to its stars and topical subject matter. Man only eclipsed it when transported to Broadway the following year.

Bolt followed A Man for All Seasons with Gentle Jack, a bizarre fantasy about an office worker who gains supernatural powers from a Pan-like being. The play baffled audiences and infuriated critics; it was never performed after its disastrous 1963 run. Bolt's children's play The Thwarting of Baron Bolligrew, in contrast, was a major success, inspiring spin-off novels and a popular puppet show in Germany. His last two plays, Vivat! Vivat Regina! (depicting Mary of Scotland) and State of Revolution (about the Russian Revolution), were indifferently received.

But Bolt became better-known, and arguably more successful as a screenwriter. During the '60s, he collaborated with director David Lean on the epics Lawrence of Arabia, Doctor Zhivago and Ryan's Daughter. He earned an Oscar nomination for Lawrence, and won for Zhivago and the 1966 film adaptation of A Man for All Seasons; their success made Bolt Hollywood's highest-paid screenwriter for over a decade. He tried directing with 1972's Lady Caroline Lamb, which flopped. Later in his career, Bolt wrote the scripts for The Bounty and The Mission, along with several made-for-TV movies and unrealized projects.

Bolt was an active socialist who campaigned for nuclear disarmament, among other causes; he was arrested for taking part in the Committee of 100's Trafalgar Square demonstration in September 1961, and headed the ACTT union for several years. He was partially paralyzed by a stroke in 1979. Bolt was also married three times, most famously to actress Sarah Miles. His son Ben Bolt became a film and television director.

Robert Bolt works on this wiki: