Film / The Wings of the Dove 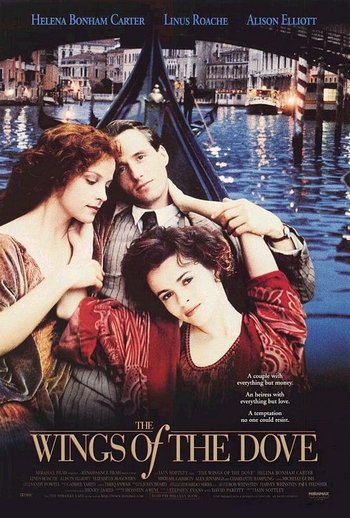 The Wings of the Dove is a 1997 British-American romantic drama film adaptation of the novel by Henry James. It was directed by Iain Softley and stars Helena Bonham Carter, Linus Roache, Alison Elliott, Charlotte Rampling, and Michael Gambon.