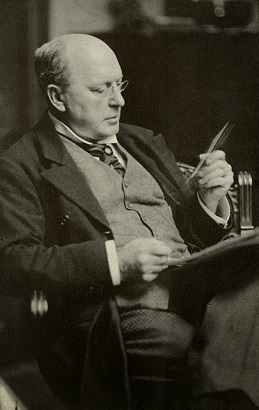 Henry James OM (15 April 1843 – 28 February 1916) was an American-born British author of the Victorian Age. Although he became known for writing realist novels about everyday life, his works spanned a wide range of subjects and formats. Despite being born and growing up in the United States, he spent most of his adult life in Europe and became a British citizen a year before his death. Accordingly, one of his favorite subjects was the cultural and psychological difference between the denizens of the old world and the new.

Works by Henry James include:

Other works by Henry James contain examples of: