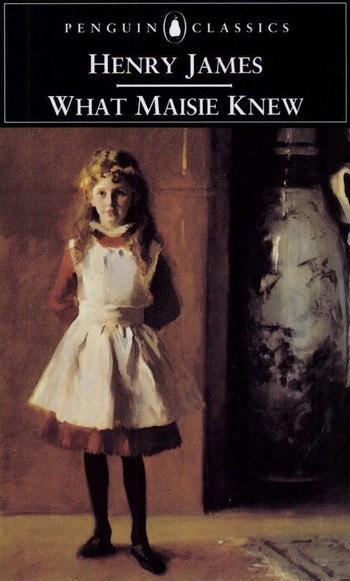 "Fear, unfortunately, is a very big thing, and there's a great variety of kinds."
Advertisement:

What Maisie Knew is a novel written by English novelist Henry James in 1897. It is about the turbulence of a little girl named Maisie, who is caught in the middle of an intense and hateful relationship between her parents. To make matters worse, her parents actually use their daughter to justify and intensify their disdain towards one another. The result is the parents prioritizing each other and their needs over Maisie's and how she is forced to deal with the situation, which lasts up until her early teen years.

A live-action film adaptation of the book was made in 2012. The general premise is updated to be focused in then-modern day New York City and beyond the setting, there are some changes and differences regarding the characters and their actions. Further information about the film adaptation can be found here.

The novel contains examples of