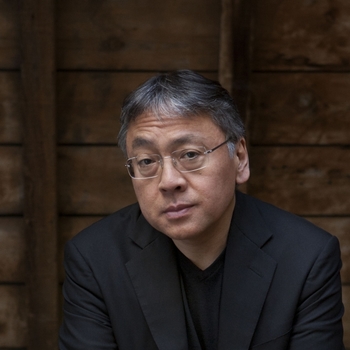 A Japanese-born English writer, winner of the Booker Prize and the 2017 Nobel Prize in Literature. Many of his works revolve around memory and forgetfulness, and people who find themselves strangers in their own cultures - in particular, since his family moved from Japan to England when he was only five, some of his novels revolve around uprooted Japanese characters. Works with pages on this wiki include: