Tomes of Prophecy and Fate 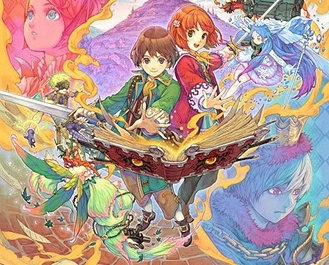 Homework has never been this fun.
Advertisement:

People have wanted to know the future ever since the concept of "future" existed, so the idea of inverting a History Book from a recounting of the past into a Tome of Prophecy that predicts the future has found lasting appeal. This tome is pretty much Exactly What It Says On The Cover; it's a book written by a prophet,note or possibly dictation of their drug induced visions, a school of seers, or possibly even a god. As such all the Fate and Prophecy Tropes apply, including being open to interpretation, often compounded by being written in a dead language. Inexactness notwithstanding, just about everyone and their Hot Librarian will want to steal it. May be used as a MacGuffin or other type of plot coupon (thing that motivates all the characters in the story) if it is hard to find or everyone knows the heroes have it. In some examples though the book is easily available, but reading it bestows special powers or skills. Thus the book is instead the gateway to the Masquerade.

Now, imagine what would happen if rewriting parts of the Tome of Prophecy didn't make it inaccurate, but instead changed the prophecy. In these cases, what you have is a Tome of Fate, the "big brother" to the Tome of Prophecy. Rather than be a normal book with a mystic prophecy written on it, you have a mystic book that turns whatever is written in it into fact. A Tome of Fate can vary considerably from setting to setting in what it can do, though usually they can do one or all of the following: provide an exhaustive record of every event past and future written in its nigh infinite but comfortably portable pages, act as a Literal Genie literary genie (with all the risks that that implies), and serve as a Cosmic Keystone that defines the nature of existence and is capable of Rewriting Reality. If a Tome Of Fate is indeed magic, rather than merely being written by someone who is magic, then it will probably overlap with Reality-Writing Book.

The Tomes of Prophecy and Fate need not mean that You Can't Fight Fate; a lot of the time they're designed to work without compromising free will, though they do exert (or reflect) a great deal of power over existence. As a carry-on size Deus ex Machina, the Tome of Fate may be safeguarded with a number of features, especially when it doubles as a Cosmic Keystone. It may be a Clingy MacGuffin that can't be destroyed except under specific circumstances, paired with a magic quill, ink, or eraser to make rewriting it more difficult, or out and out made "read only" to avoid Edit Wars.

Compare Reality-Writing Book, Tome of Eldritch Lore. No, not that Tome of Fate. Or that one.