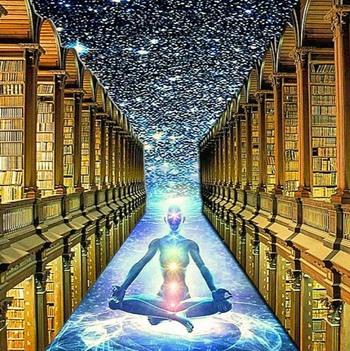 The Akashic Records are, in some New Age circles, held to be a mystical, otherworldly compendium of all knowledge. This is reflected in the etymology: the word "akashic" derives from the Sanskrit "akasha", meaning "sky" or "space". Some even call it the "mind of God." Fiction, of course, uses "Akashic Record" as a cool phrase. It's been used in mysticism since the 19th century, being part of the Theosophical Society doctrines.

See Great Big Book of Everything, Magical Database, and Omniscient Database for a more modern interpretation of the idea. Also refer to this entire website.