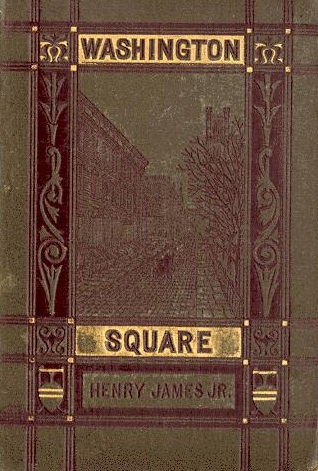 Henry James's Washington Square tells the story of Catherine Sloper, a cripplingly shy woman who lives with her widowed father, Dr. Austin Sloper, and his flighty sister, Lavinia Penniman. Viewed by everyone as lacking personality, it's a big surprise when handsome, charming Morris Townsend takes an interest in her after meeting her at a party. Within weeks, they are saying they love each other and even consider getting engaged. Dr. Sloper thinks there is something not quite right about this match. After all, what kind of man would actually be attracted to such a dull girl?

Originally written in 1880, it was brought to the stage by Ruth and Augustus Goetz and retitled The Heiress in 1947. Two years later, it was made into a movie with the play's title starring Olivia de Havilland. It was adapted to film again under the original title in 1997 starring Jennifer Jason Leigh. There was also a brief Broadway revival of the play in 1995 starring Cherry Jones (who won a Tony for the leading role), and another from 2012 to 2013 with Jessica Chastain in the leading role.

A strongly character-driven, subversive story that plays with a lot of love and romance tropes of its time and even now, its resolution stands out.