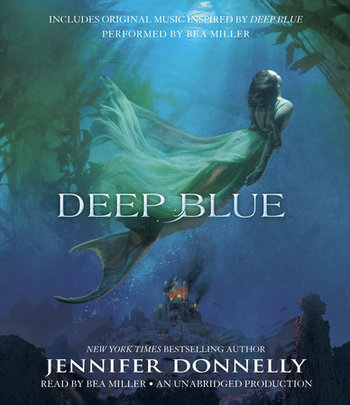 We’ve gathered here from sea and river
With a purpose brave and true
We vow to drive an ancient evil
From our home, the vast deep blue.

The Waterfire Saga is a fantasy series by Jennifer Donnelly, completed in 2016.

Four thousand years ago, Atlantis was a beautiful city where life and joy flourished. It was led by six powerful mages; Merrow, the charismatic queen of Miromara, Navi, a bright-hearted philanthropist, Pyrrha, a pyrokinetic soldier, Nyx, a Blind Seer, Sycorax, an Omniglot judge, and Orfeo, a beloved healer. The Six Who Ruled, as they were known, were True Companions committed to protecting all Atlantis.

Obviously, this didn't last. But as Atlantis was destroyed, the goddess of the sea took pity on its fleeing citizens, transforming them into the first merfolk. These merfolk lived on, gradually adapting to their new lives under the waves. Merrow, the only one of the Six to survive Atlantis' fall, took command and founded the realm of Miromara, the first of many kingdoms merfolk would build.

Present day. Princess Serafina is being crowned heir to the throne of Miromara, but a surprise attack interrupts the ceremony. Abbadon, a monster sealed away by the Six, is stirring once more- and only their reincarnations can kill him. The six teenage mermaids- Serafina, Neela, Becca, Ava, Ling, and Astrid- quest across their war-torn ocean, seeking the ancestral keys with which they can open Abbadon's prison.