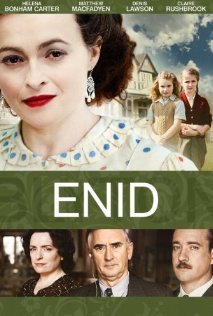 Enid is a 2009 British Docudrama television film that aired on BBC Four on November 19, 2009 starring Helena Bonham Carter as children's author Enid Blyton. The film focuses on the life of Blyton through her writing career and her relationship with her family members. The film was made to commemorate the 60th Anniversary of the Noddy series.