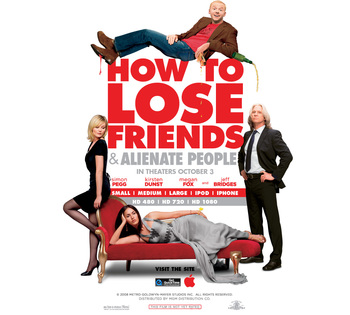 How to Lose Friends & Alienate People is a 2008 comedy film loosely based on Toby Young's memoir by the same name. It stars Simon Pegg, Kirsten Dunst, Megan Fox, Jeff Bridges, and Gillian Anderson, with supporting turns by Max Minghella and Margo Stilley.

Not to be confused with How to Win Friends and Influence People, of which the title is a parody.