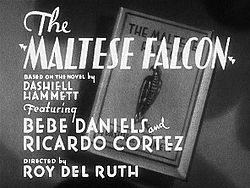 A work has a title that refers to a specific object. Because the object is so specific in the title, you know without knowing anything else about the story, that, obviously, the heroes will have to quest to find this object, or protect it from the bad guys, or recover it from the forces of evil, or destroy it somehow. This often leads to a Title Drop.
Advertisement:

Something of a pet trope for fantasy novels and video games, especially those with Mad Lib Fantasy Titles, but can occur elsewhere. Sometimes results in an Artifact Title if the series moves on. Can involve a Character Name and the Noun Phrase title, especially if the Noun Phrase in question is nothing more than a MacGuffin itself.

A Sub-Trope of Mad-Lib Fantasy Title and Super-Trope of Character Name and the Noun Phrase.