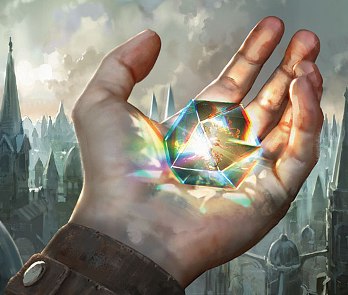 Like a bug in amber; light trapped in a gem.
Advertisement:

A gem is sometimes so brilliant that it appears to not merely refract the available light, but to add to the light — possibly to an altogether ridiculous degree, if Played for Laughs. Or it actually emits light somehow.

Subtrope of Fantastic Light Source. It can sometimes overlap with Power Crystal via Power Glows.

If it occurs that way naturally, see All-Natural Gem Polish. Frequently are the crown jewel in a Magical Accessory.