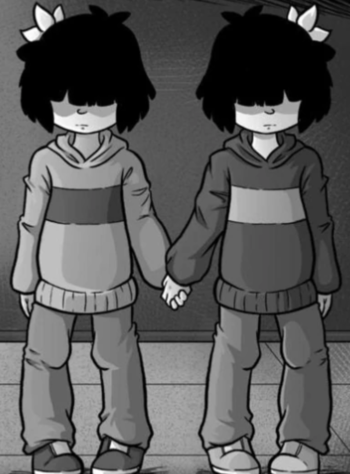 According to folklore, to attract and maintain a zashiki warashi in the home it is said that "the spirit must be noticed, appreciated and cared for properly, much in the manner one would raise a child, though too much attention may drive it off." As the zashiki warashi is child-like in nature, it is prone to playing harmless pranks and occasionally causing mischief. They might, for instance, "sit on a guest's futon, turn people's pillows over or cause sounds similar to kagura music to be heard from rooms no one uses." Sometimes they leave little footsteps in ashes. There are different variations as to who can see the zashiki warashi; usually this is limited to inhabitants of the house, sometimes to children.

The appearance of this spirit is that of a 5 or 6 year child with bobbed hair and a red face. Zashiki warashi can be found in well-maintained and preferably large old houses. It is said that once a zashiki warashi inhabits a house, it brings the residence great fortune; on the other hand, should a zashiki warashi depart, the domain soon falls into a steep decline.