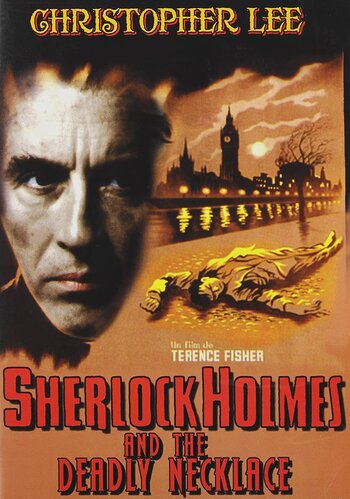 Holmes and Watson try to solve the case of the theft of Cleopatra's necklace after it is found by archaeologists in Egypt. They soon discover that the evil professor Moriarty is behind it all.

Sherlock Holmes and the Deadly Necklace contains examples of: